I was fortunate to get invited to Timex Run 2012 blog and press con. The last time Timex Run had their event was in 2009. 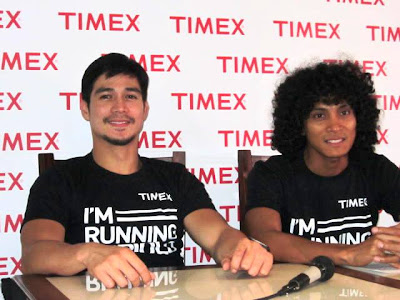 Piolo and Coach Rio
Timex is one of the premier races here in the Metro. Last 2009, I was there to support as pacer and photographer to my friend who did her first pikermi. I remember back then when we were in our way back to Kalayaan flyover, we hear the siren and in a few minutes here it was, Piolo running his first official 10k and Coach Rio was beside him. That day, the sub-Piolo born. Piolo's time in Timex 2009 made as a benchmark by a lot of runners. Until now, his time is still a benchmark.
At the presscon, Piolo admittedly that he was pressured when he learned that a lot of runners made his time as a benchmark. He wasn't sure if he can beat his personal best this year but he will try :) For Piolo, running is a lifestyle. He is also into multisport. This year he is set to do the bike leg in Cobra IM 70.3 in Cebu. He is also be doing his first full marathon this year. Where? I know and it is in my bucket list also.
Why you don't wanna missed the Timex Run? You will get a chance to run with Piolo side by side. You will have a chance to push yourself to do better. You'll get a chance to win a TIMEX watch and a lot more! 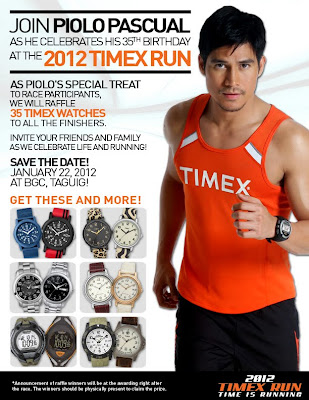 Get a chance to win Timex watch
So, Let's run with Piolo this Sunday! 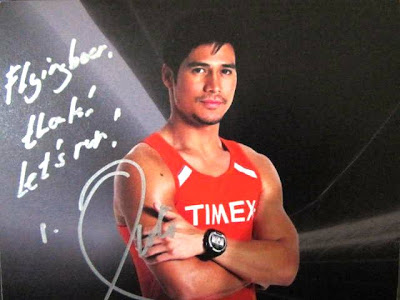 Personal message of Piolo to yours truly =) 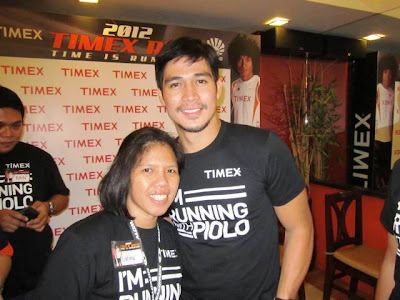 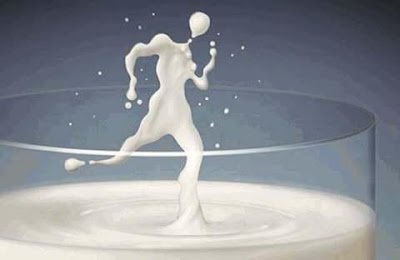 What is this Better Bones Project?
A group of individuals whose most of the founders are from aNR-BHS Storm Chasers. A group coming from different industries who wants to make a difference for the common good for our country. This group of individuals believes that for us to have a better country, every child should have the right to be given a chance to live a better life and live their dreams. But how can a child live a better future if a child doesn't have physical strength to achieve those dreams? Better Bones Project born. The project aims to help orphanages with their milk requirement, which is not included in their monthly budget, even for a month.

The Better Bones Project was put together with the goal of providing orphanages with milk supply to sustain the daily needs of a growing child. One 2.2kg of milk can provide 65 kids with a daily glass of milk. This project aims to raise 45 cans of milk each month for a specific orphanage beneficiary. But more importantly, we would like to find donors that will sustain at least a can of milk each month for these orphanages.

For the month of January, the group choose Asociacion de Damas de Filipinas,Inc. in Paco, first try to raise the much cans of milk they needed.

The Asociacion de Damas de Filipinas, Inc. was founded on September, 1913. In 1919, Settlement House was established and had its first site on a building at . It was used as a temporary shelter to indigent aged widows and orphans. Services to care of babies and small children were extended. In 1925, settlement house permanent site was established at Paco, , now known as , Paco, . 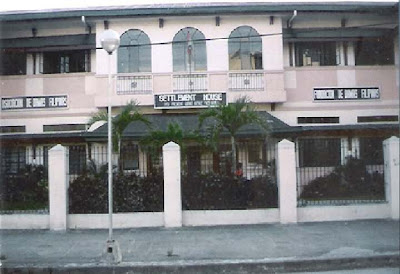 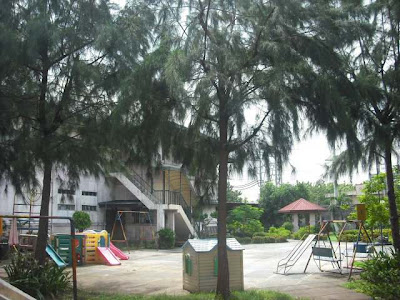 With this, the group would like to seek for any kind of help from your kind heart. Let us open our hearts to fill these orphanages with happier and healthier kids. 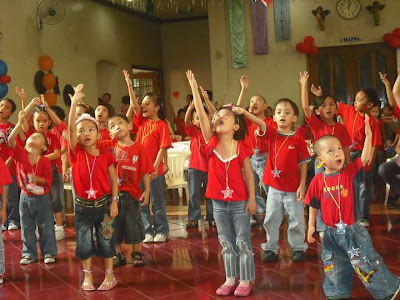 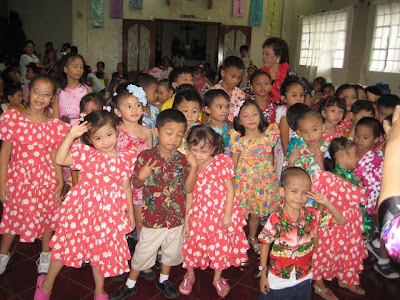 You are also invited to join the Better-Bones-Project during the orphanage visits to cheer up these abandoned children.

Grace to the Finish!

Happy New Year Runners!
Here's a race in the South! Grace to the Finish on its second year! The Fundraising Run of the Singles Apostolate of the St. James the Great Parish Renewal Movement. 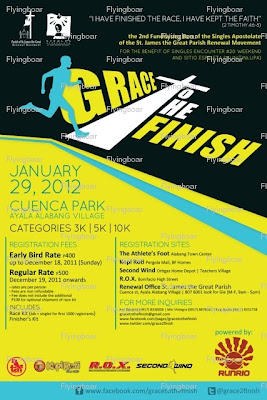