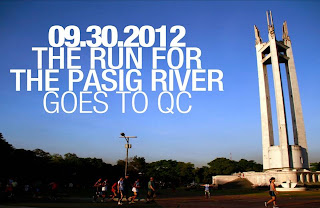 Run for the Pasig River is an annual advocacy run that serves as a fundraising and information campaign for the ongoing rehabilitation of several esteros.

Following the success of last year’s 11.20.2011 Run for the Pasig River, ABS-CBN Foundation’s Kapit Bisig para sa Ilog Pasig will be staging its fourth advocacy run with the “09.30.2012 Run for the Pasig River” on September 30, 2012. This year’s run will bring to fore the clamor for cleaner rivers and esteros in Metro Manila, while the funds raised will be used to rehabilitate the waterways of Quezon City-San Juan-Mandaluyong. 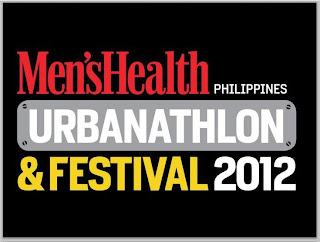 The Philippine edition of Men’s Health, the largest men’s lifestyle magazine, will hold its annual Men’s Health Urbanathlon & Festival event on Sunday, October 14 at SM Mall of Asia from 5:00am – 10:00am. Celebrity host, Rovilson Fernandez, will be at the helm of the event. On its 6th staging, the country’s original obstacle laden race is expected to be significantly tougher, bigger and more intense this time around. Designed to test the urbanathlete’s fitness level, the event now has a 21km distance aside from the usual 5km and 10km categories. The city-based, multi-disciplinary race requires more than just perfect running form as this also tests the racer’s endurance to withstand a mix of 7 uniquely engineered obstacles that all increases in difficulty in each race categories.