Thinking where to stay overnight in Manila?

My sister and her family just arrived from Germany and my nephew wanted to see Manila for a day.  Travelling from our town in Laguna to Manila takes 3 hours and spending overnight in the city is wise to consider.
My apartment is too small to accommodate four people, I decided to look for a place to stay overnight.


So, the question is, where to stay?

First came to my mind is the Rizal Park Hotel formerly The Army and Navy Club. Why? I was fascinated by its history and it was newly renovated and reopens to the public, and it's situated in the heart of Metro Manila.

In 1911, the Army and Navy Club was the centre of the social life of Americans in Manila.

In 1945, during the Second World War, it was used as a bomb shelter and evacuation center.  The building survived the war but slowly decline began in the 1960s.

In the 1970s, during President Marcos Regime, the government handled the maintenance of the club for more than three decades but due to lack of funding, proper maintenance was not able to sustain.

In 1991, The Army and Navy Club was declared as a National Historical Landmark by the National Commission of the Philippines (NHCP).  The proponent, Oceanville Hotel and Spa Corp. invest for the restoration of the club and aims to bring back the glory and elegance of the club.

And this year, 2017, the Army and Navy club reopens and returning to its former glory and it’s now called Rizal Park Hotel. The restoration maintain the building original character with modern facilities and amenities.


This experience give me time to bond with my nieces and nephew. 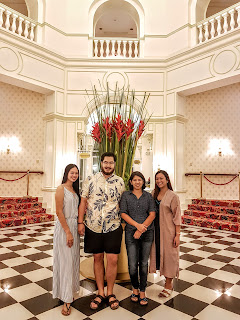 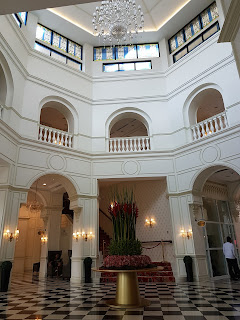 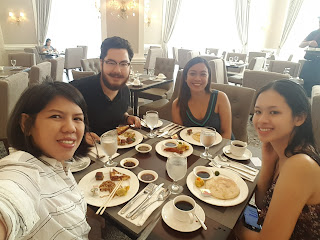 The hotel is a few meters away to some of the Philippines historical landmark.