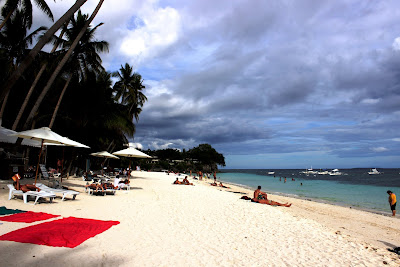 Where to Eat in Panglao Island

Coming from the airport and looking for a restaurant to eat, do drop by at The Buzzz Cafe of the Bee Farm located at Island City Mall (ICM), Tagbilaran. They offer you free appetizers!

Day 3, we woke up early as we wanted to catch and watch the dolphins swim. We were advice that we will be fetch by 5:50am but our boatman was late and apologize for the delay. It was low tide and said they find it hard to pulled the boat to the shore but before the sun showed up entirely  we were already at the open sea. When we reached the area were the dolphins usually seen, we saw a lot of boat already waiting for dolphins to appear.  We thought that as we reach the dolphins territory, we will not be waiting for long for them to appear but we were wrong.  It appears that you have to have a lot of patience to wait for them to show and when they appear you have to chased them, hahaha! It was hard to distinguish them in the ocean as they are blending in the color of the water.  We were thrilled to see them in front of our boat and they swam in front of us. Some tourists were not fortunate  to witness them. When the chasing ends, we headed to .

Day 2 ~
Discovering the Country Side

As I have said on The Adventure Begins, this trip was my 2nd time in  Raff and Pepsi. The tour started at 9:30am.

First stop, Blood Compact or Sandugo.  It's a sealed of friendships between Spanish explorer Miguel Lopez de Legaspi and Datu Sikatuna, the chieftain of Bohol on March 15, 1565.

Before the end of 2012, my calendar for 2013 were already full of activities. Dates were marked with my races, training and travels. Most travelers plans their trip ahead because local airlines offered seat sale before end of each year and lakwatseros and lakwatseras were all eyes on the alert sale. For this year, my first travel was with my friends and team mates Raff and Pepsi. Destination? Panglao, Bohol!

We know it’s early for summer vacation but I think this is the best time to travel before the school semestral break start. It will be my first time to visit but it’s my 2nd time in .

And the adventure begins.

Dubbed as the world's premier off-road triathlon event, the Vaseline Men XTERRA Off-Road Triathlon Series will kick off this year with the Vaseline Men XTERRA Championship Weekend.  Slated on March 2-3, the vent features exhilarating trail run and triathlon races that will challenge even the most seasoned athletes.  On its second year, Vaseline Men will again bring triathletes to the pristine waters and rough but picturesque terrains of Liloan, Cebu for mote exciting set of challenges. 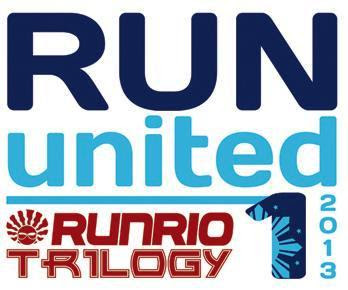 1) REGISTRATION
How can I register for this race?

Upon registration please check for your Unique Runners ID to expedite your registration process. Simply enter your last name or birth date to check with our database. A valid ID must also be presented for validation. For group registration, the designated representative must present a photocopy of any valid ID with picture of the participants.