Conquer your limits! with The Vaseline Men XTERRA Series 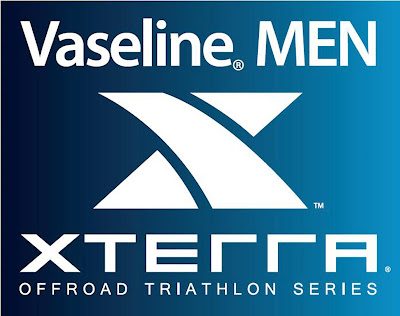 Vaseline Men, the fastest growing men’s skin care brand in the with a comprehensive range of products designed for men like facial wash, moisturizer, lotion and body wash and Sunrise Events, Inc., invite you to conquer your limits in the world’s premiere off-road triathlon event with the Vaseline Men XTERRA Off-Road Triathlon Series. Consisting of three legs, Pang Rave Run, XTERRA Weekend and Putik Pare, each activity promises to deliver a challenging yet enjoyable experience for all hard core runners, athletes, sports enthusiasts and adventure-seekers.
Kicking off the Vaseline Men XTERRA Off-Road Triathlon Series is the Pang Rave Run, a trail run slated on February 26, 2012. The event will have an exciting course with magnificent views at the in , Rizal. It will feature a demanding trail run in 22- 10- and 5-kilometer categories all with very exciting cash prizes up for grabs. Online registration is already ongoing at the Vaseline Men XTERRA website. To register, log on to www.xterraphil.com or visit any RUNNR or ROX store. 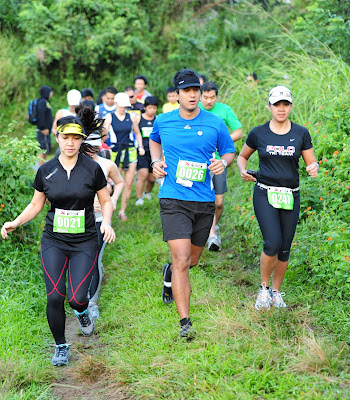 Pang Rave Run
The excitement reaches fever pitch on March 17-18 in Liloan, for the Vaseline Men XTERRA Weekend. Featuring trail run and triathlon races, the event promises to challenge even the most seasoned athletes. This year, XTERRA brings triathletes to the pristine waters and the rough terrains of Liloan, for a more exciting set of challenges that will surely test the athlete’s strengths and limits. One of the key segments of the triathlon is the ‘graveyard,’ aptly called due to the difficult terrain that it will pose in the mountain bike leg. The Vaseline Men XTERRA Team has exerted all efforts to ensure that the entire race route, including the run leg through the fishing lagoon Papa Kits, will be an interesting yet challenging segment for all participating athletes. 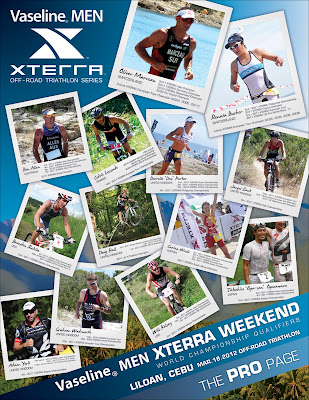 XTERRA Off-Road Triathlon
The Vaseline Men XTERRA Weekend in Cebu kicks off with a trail run on March 17 also at Liloan, . It will feature a demanding trail run in 21, 10 and 5 kilometer categories all with cash prizes both for the male and female categories.
More importantly, top age group finishers for the 21K trail run will qualify for the world championships for the XTERRA Trail Run slated in this year. Registration for the March 17 Trail Run is ongoing at www.xterraphil.com and in all Runner Stores nationwide.
The Vaseline Men XTERRA Weekend caps off with two triathlon events on March 18 with the XTERRA Lite and the XTERRA Philippines Championship. The XTERRA Lite involves a 500-meter swim, 30-kilometer bike and a 5-kilometer run. On the other hand, the XTERRA Philippines Championship involves a more grueling challenge with a 1.5-kilometer swim, 30-kilometer bike and a 10-kilometer run. All of these will take place in scenic Liloan, . Apart from winning exciting cash prizes (total pro prize money is US$15,000), the top age group finishers will vie for 40 slots to the XTERRA World Championships in Maui, Hawaii. Registration for the March 18 Triathlon events is also already ongoing in the Vaseline Men XTERRA Philippines website (www.xterraphil.com).
Finally, this remarkable series reaches its climax on November 18 with XTERRA Putik Pare at Clark, Pampanga. Like the Xterra Weekend in , Putik Pare will also feature trail run and triathlon activities. The literal translation of Global XTERRA Event entitled “Muddy Buddy,” this event is a duathlon relay involving a trail run and mountain bike, ending with a now-famous Putik Pit. Those who have the will to gut it out also stand to win amazing cash prizes from Vaseline Men XTERRA. 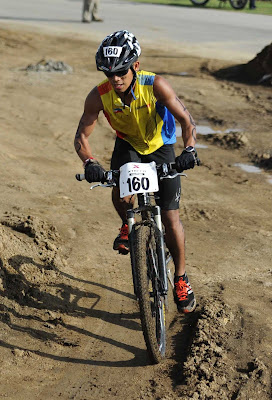 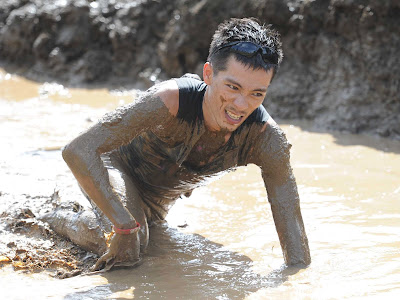 So this year, prepare to conquer it all at the Vaseline Men XTERRA Off-Road Triathlon Series. To know more, log on to www.xterraphil.com or visit www.facebook.com/vaseline. You can also visit our partner stores – ROX and Runnr for more details.
The Vaseline Men XTERRA Off-Road Triathlon Series is also sponsored by , Timex, Gatorade, Summit Water, David’s Salon, , AirPhil Express, Prudential Guarantee, 2XU, Dusit Thani Manila and media partners The Philippine Star, Multisport, SBR and Studio 23. Host venues for this year are in , Rizal, and Amara, Porter Marina, and Papa Kit’s in Liloan Cebu.
By FlyingBoar - February 15, 2012